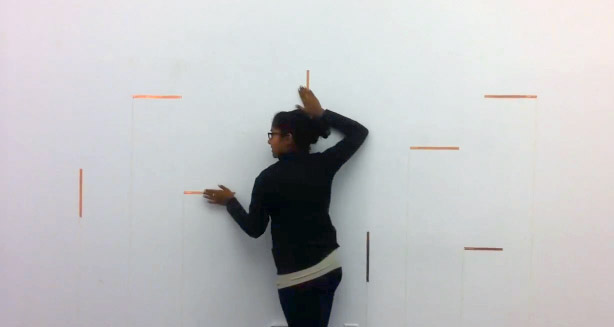 The term “wall of sound” was first used to describe the mystical space of music perceived by the audience in the redesigned theater by Richard Wagner, which placed the orchestra for the first time out of sight. The term became popular around the mid 1950’s to describe the sound of jazz orchestras with booming trombone, trumpet and strong percussion. In 1960 music producer Phil Spector used the name for his new technique to record dense layered reverberant sound for AM radio, using many guitarists playing the same lines together in an echo chamber. The term was later used in rock music to describe the effect of two distorted rhythm guitars playing together giving an amorphous quality of sound.

“wallSound” is a modular sound interface that can be placed on different surfaces in the built environment of a public or private space. The project leverages the walls’ limited affordances for interaction, and turns them into a surprising and playful physical experience. This encourages the body to reconsider its physical environment, and creates a potential for new dialogue with common elements of the built environment that surrounds us.