“wallSound” is a modular sound interface that can be placed on different surfaces in the built environment of a public or private space. The project leverages the walls’ limited affordances for interaction, and turns them into a surprising and playful physical experience. This encourages the body to reconsider its physical environment, and creates a potential for new dialogue with common elements of the built environment that surrounds us.

wallSound uses body conductivity and requires bodily contact and movement to manipulate sounds. It consists of vertical and horizontal copper stripes distributed on a clean wall, connected to speakers. Data concerning the touched copper stripes passes to Processing through an Arduino board, activating patches of sound. The body functions as the switch, affecting an electric circuit when contacting the wall. The composition of the stripes being placed on the wall is drawn from the consideration of the target audience’s height (adults, children), wall dimensions, space acoustic and the desired body movement and combinations.

Most of the required wiring work is being camouflaged with regular ready-made objects that the eye is accustomed to when placed on walls, like wire management system boxes and wiring tracks. Hookup wires attached to the copper stripes go down to the floor, covered with white tape, giving a clue that can lead to the exposure of the structure and the apparatus driving the installation. The wires run along the floor to the far side and into a box attached to the lower part of the wall which hides the Arduino board and the electrical circuits. Above the stripes, attached to the wall, are the speakers vibrating the sound into the wall, creating the illusion there is a scene going inside or behind it.

Patches of mp3s are being played whenever one of the copper stripes are touched. In accordance to the iteration’s concept, the sounds are being played in stereo, or amplified through different speakers. The sounds tell a story, a secret, or reveal an illusion of what is behind or within the wall. Lovers fight in “a wall between us”, synthesized sounds resonate in the “wallSound” basic installation, and the sound of water pours out in “waterPole”. After these three iterations in which the wall is being used to generate experience, it seemed interesting to put the wall at the center of attention by turning it into a living vibrating independent entity for the final iteration. Touching the wall will reveal its true personality and needs.

The wallSound started with the assumption that, like crows, humans are drawn to shiny materials. Therefore, they will be attracted to the copper stripes with its brilliant texture, and will be curious enough to touch it for the first time. On a tiny piece of white tape, the words ‘touch me’ appears, daring the viewer to touch. The copper texture combined with the clues being spread through the wiring system and the teasing text, create new wall affordances that imply a process of playing and revealing the content through touch and movement. After the first touch is being made, followed by sound feedback, the interaction is fluid.

The interface is modular, keeping its inclusivity: It can be set at any space, in any hight, with content curated for audience and space, and addressed to all age groups. This allows the work to always facilitate the human-wall relationship without restriction. 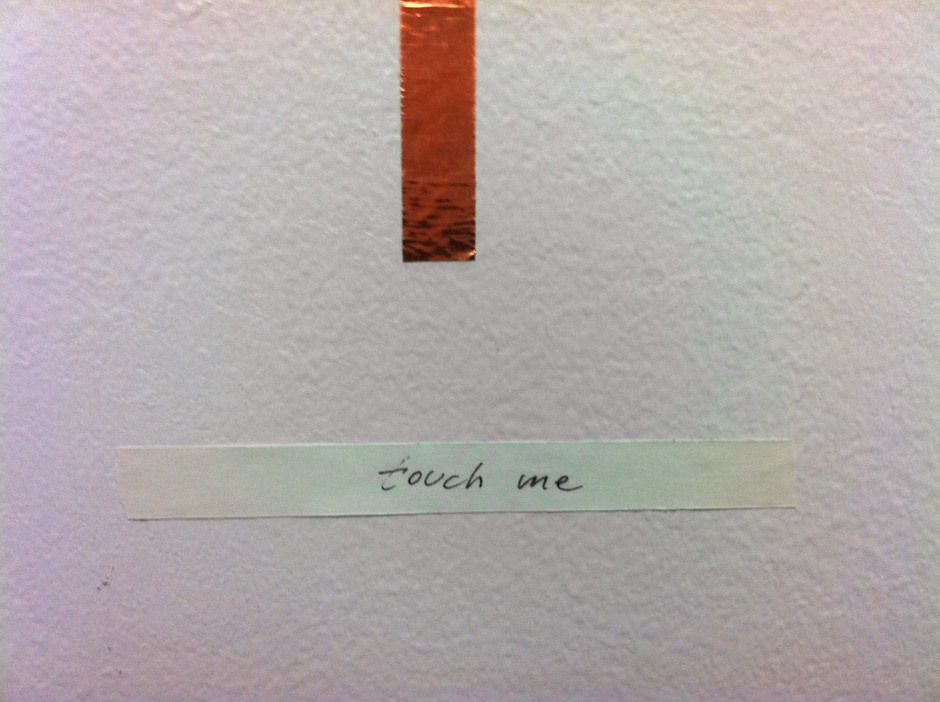 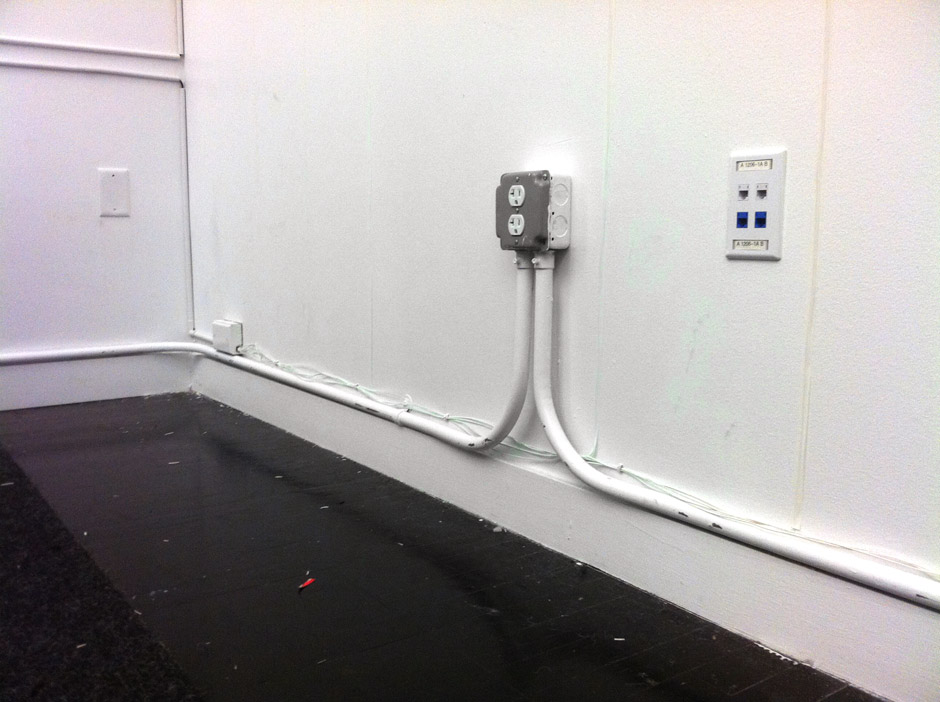 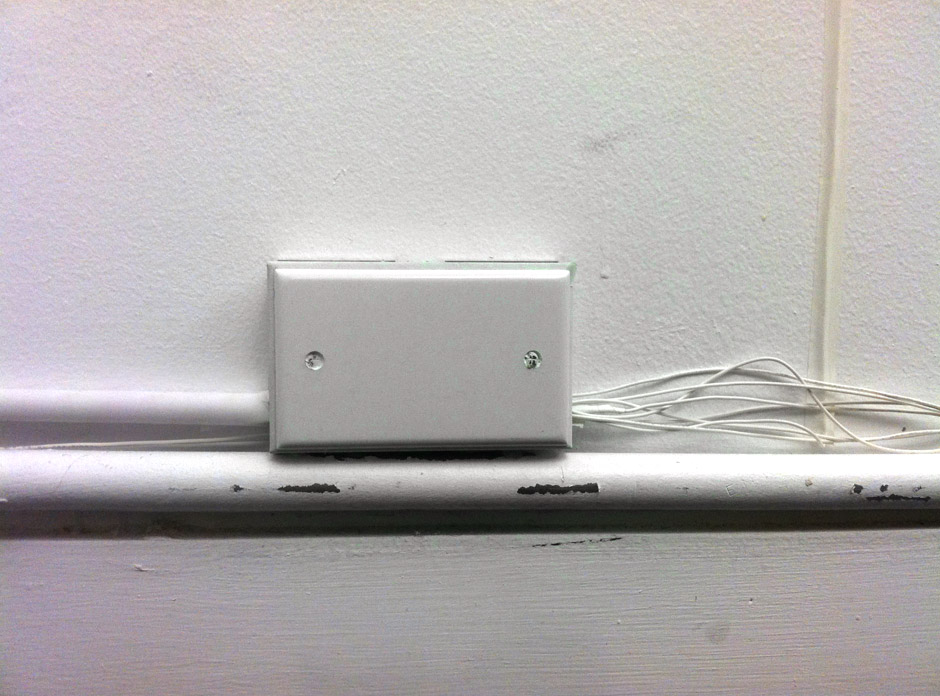 Arduino and circuit assimilate into the electricity system 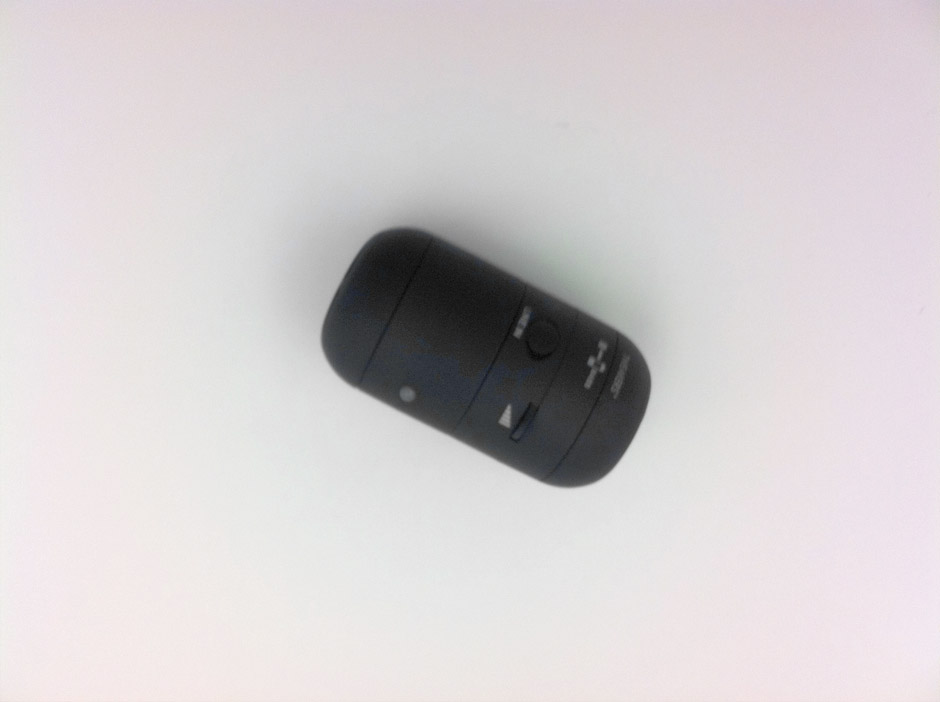 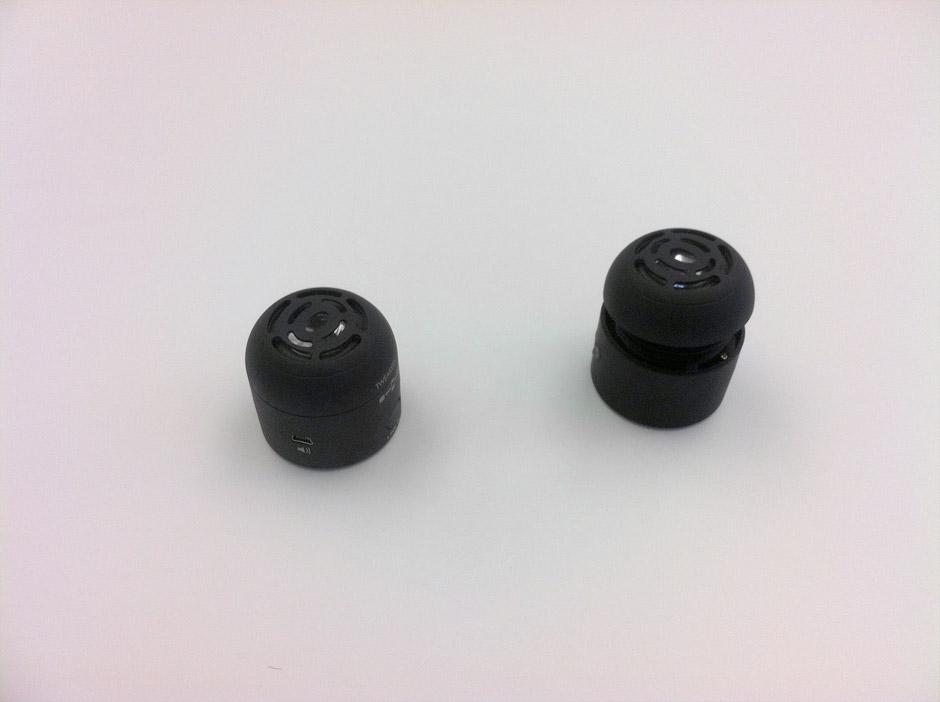 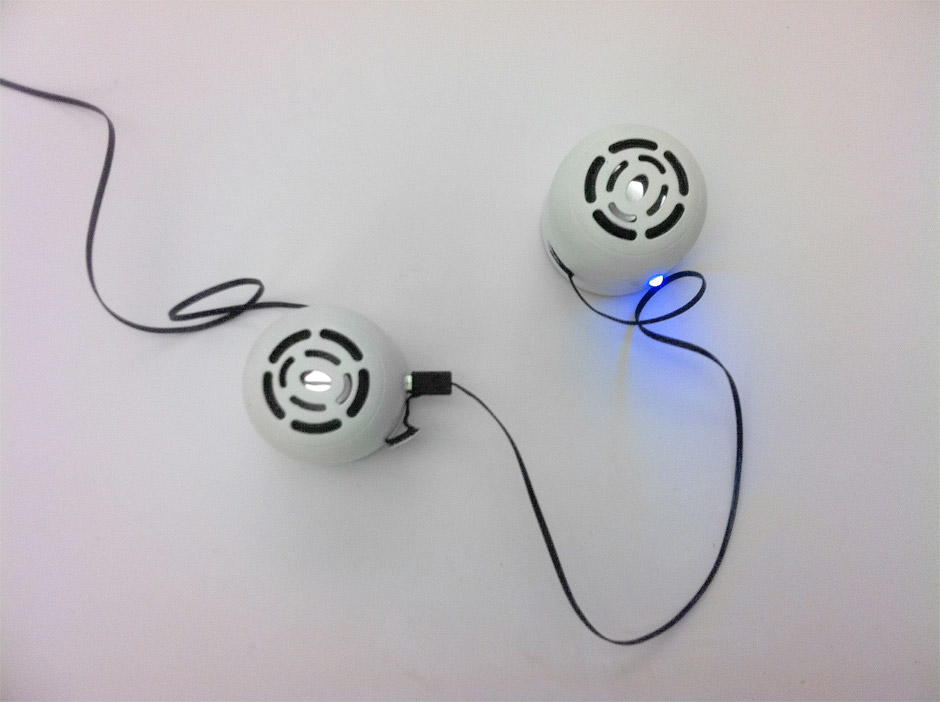 Painted alarm-looking speakers attached to the wall with velcro.
The cable connected to the computer hides within wiring tracks. 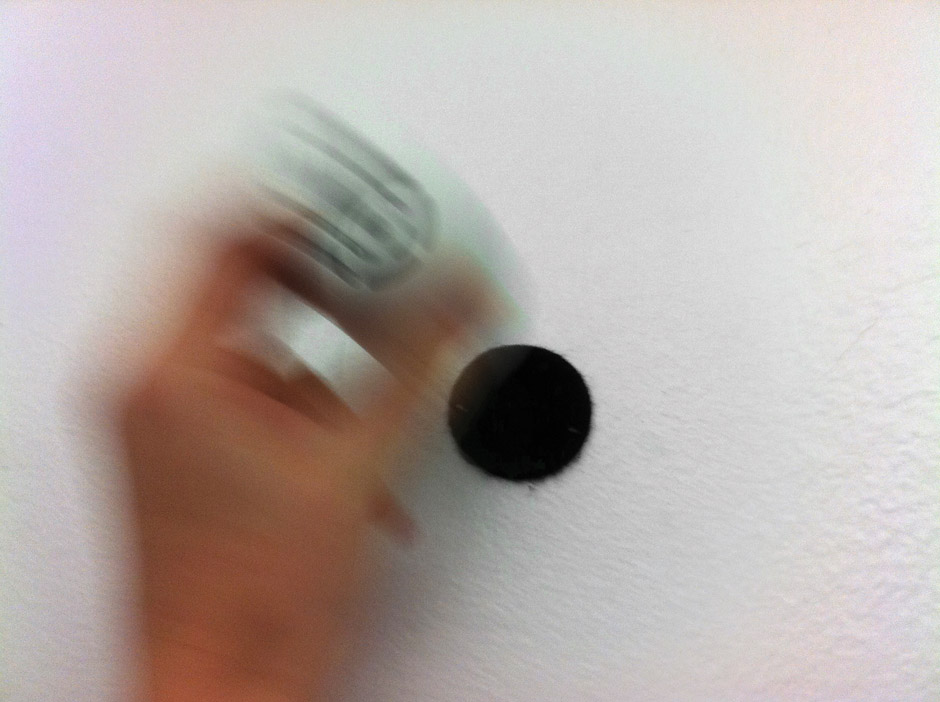 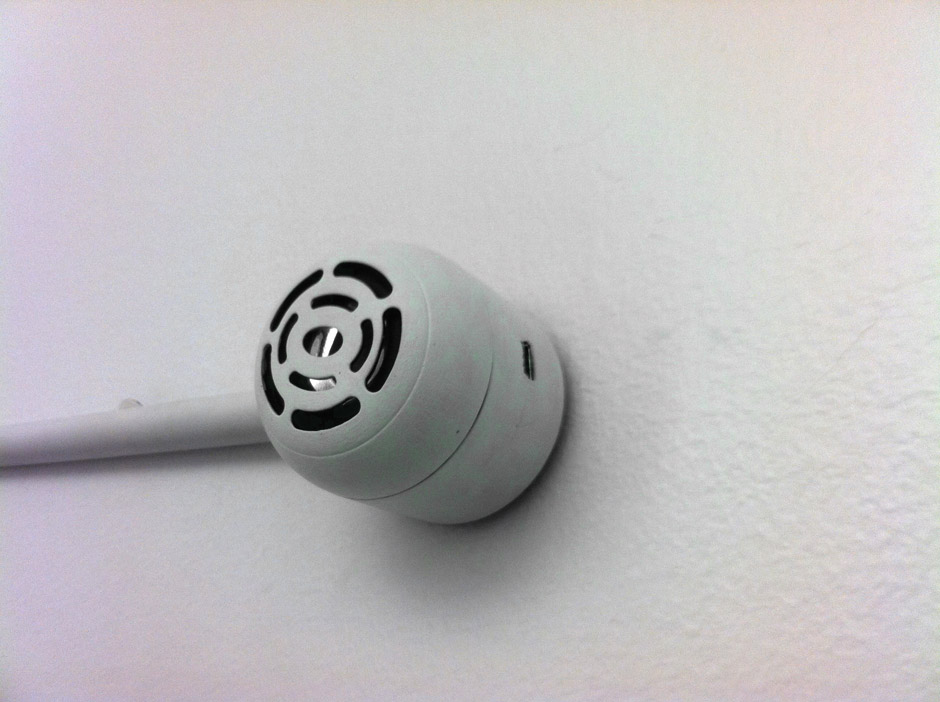 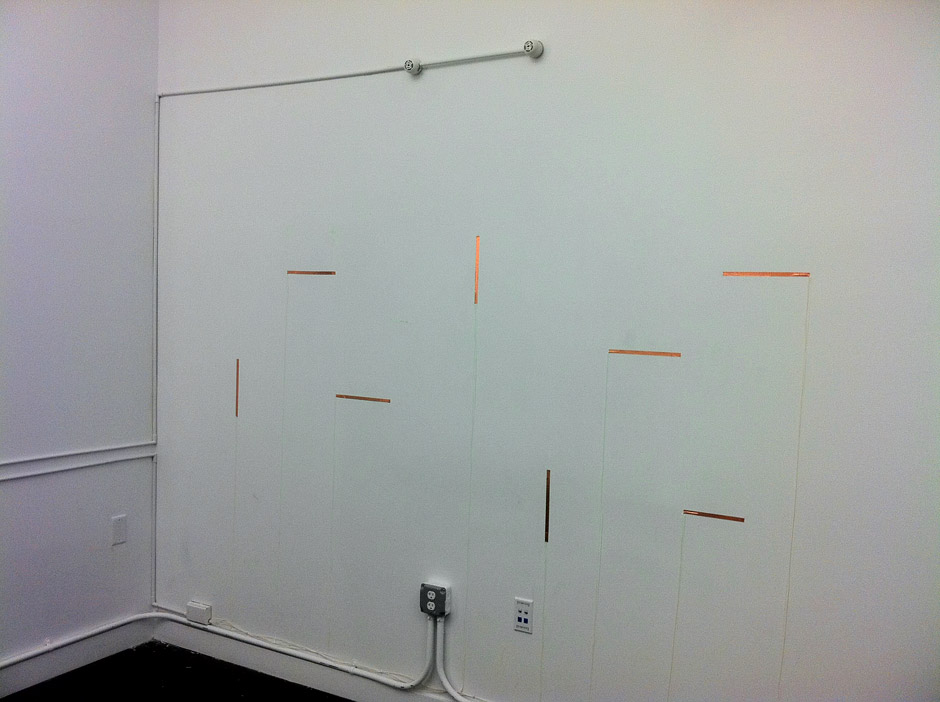 The full interface, adjusted to the space 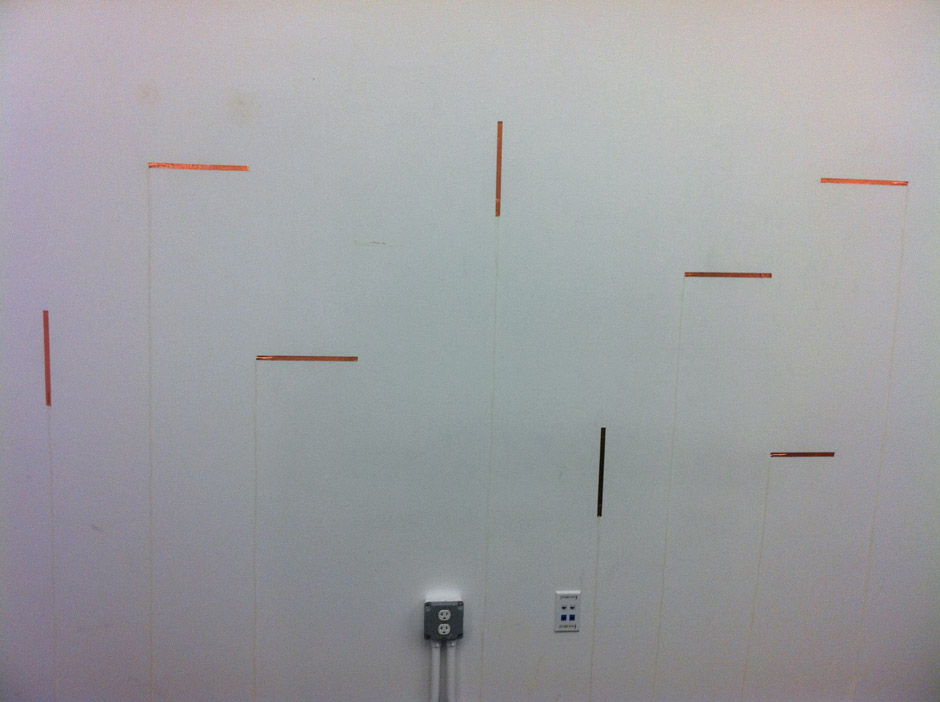 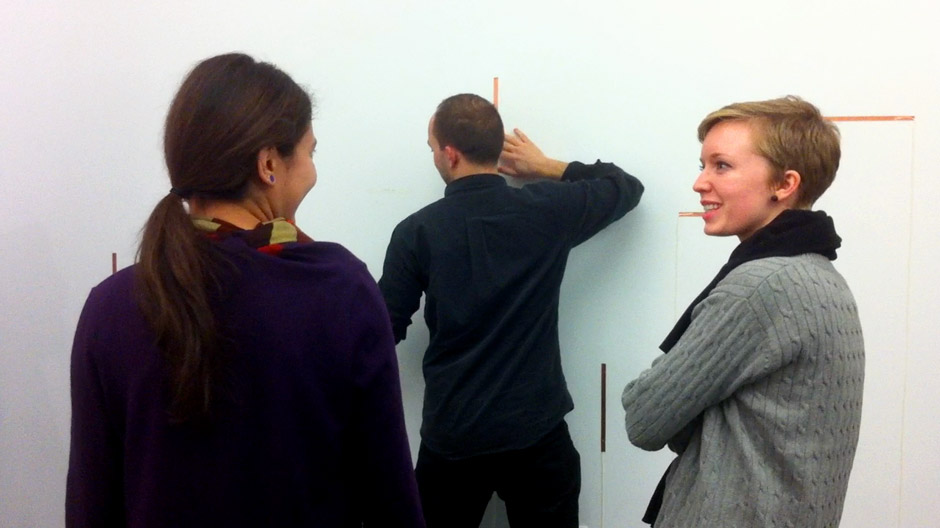 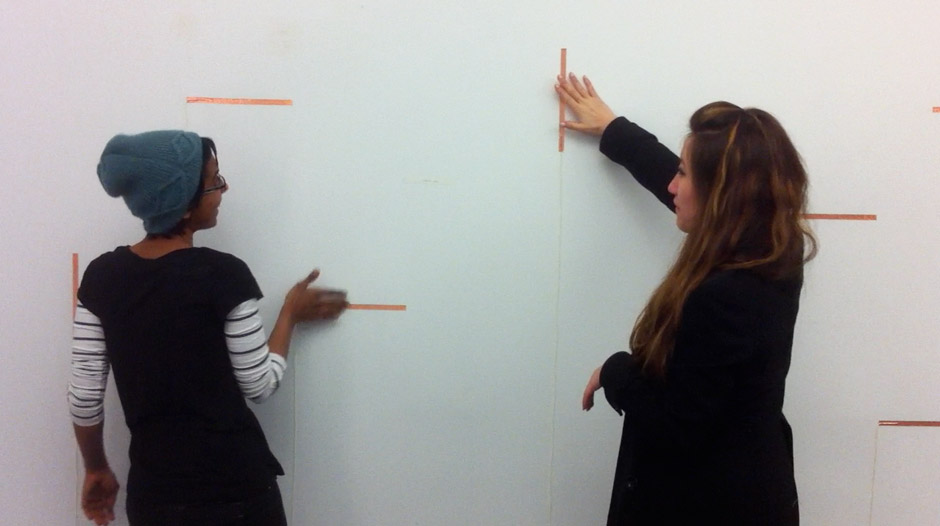 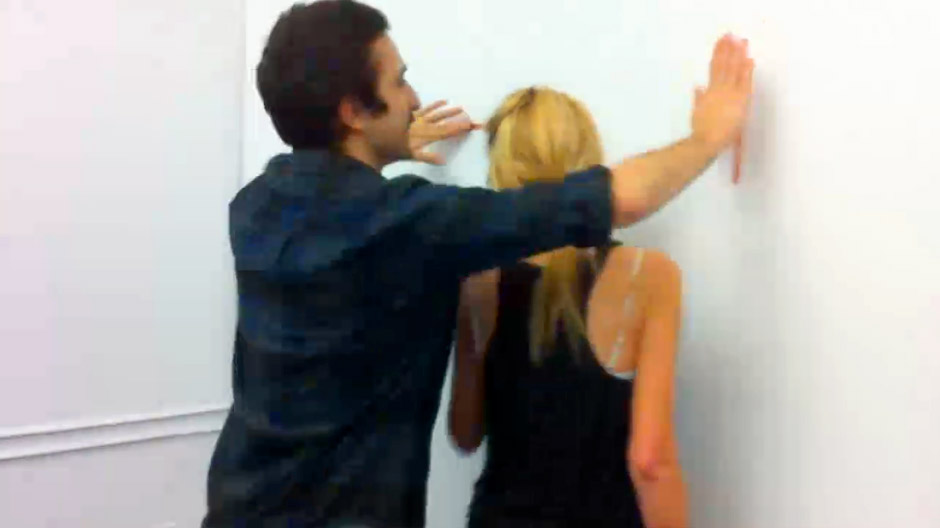 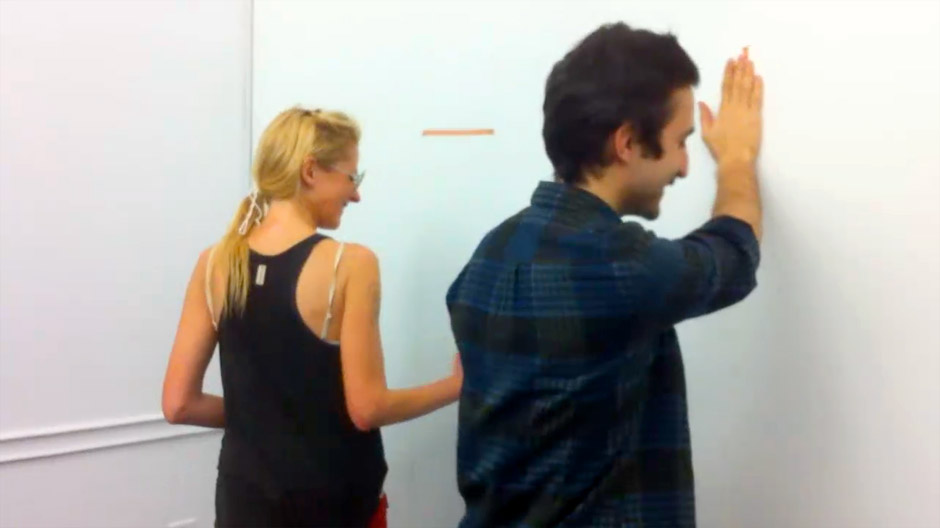 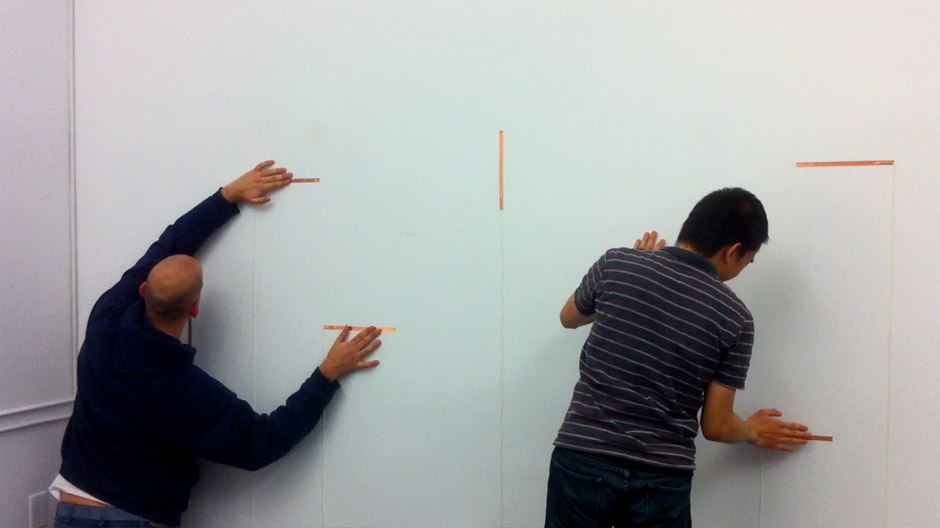